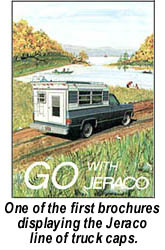 Growing up in central Michigan my father, Harold Fawcett,  worked on the family farm until he joined the US Navy in 1940. After serving with the Pacific Fleet from Pearl Harbor though Okinawa in World War II he was honorably discharged in 1946 and returned to the family farm and soon started his own family.   Like many people of his generation he wanted to provide a better life for his family and took on a second job delivering vehicles for GM throughout Michigan.

In the sixties Dad sold his farm to develop campers for the RV market under the brand name WagonMaster.  The company thrived for a number of years shipping units throughout the Midwest and to the East Coast.  As the seventies arrived he became increasingly interested  in camper tops for pick-up trucks better known as truck caps.  It was at this time that Dad decided to focus on this new business and moved our family to Lancaster, PA where he started Jeraco Enterprises.

With the same dedication to hard work that he had demonstrated his whole life Jeraco quickly prospered until our production needs outgrew our factory.  In 1974 the need for a larger facility led to the relocation of the entire company to our present location outside of Milton, PA.  Things went well for a number of years but the economic downturn during the late seventies took a major toll on the truck cap industry.  A number of established manufacturers were forced to shut down their operations but again my dad had the foresight to look at a new way of making truck caps that was then just emerging, the fiberglass truck cap.

These new truck caps proved to be superior over previous models of truck caps, with their light weight, strength, aerodynamic styling and custom designed molds for particular models of trucks.  I joined the company on a full time basis at this time just as we enjoyed great success with our truck cap for the Subaru Brat pick-up.  Due to their custom fit and excellent quality our products were approved to be installed directly on Brats directly at the ports before the vehicles were distributed to Subaru dealerships across the nation.

I took over control of daily operations in 1986 when dad retired and two years after he passed away in 1991 I purchased the company and Jeraco has continued to enjoy success.  Many new trucks have been introduced since our humble beginnings and we continually strive to update our models to meet demand.  We currently sell to private dealers and to the general public at our factory store in Milton,PA. I believe the solid work ethic and dedication to quality handed down from my father are the hallmarks of Jeraco’s continued prosperity.  I would like to dedicate our success to my father, our customers that purchase our products and my two sons, Chris and Kyle whom have also joined the company.

I would like to personally thank you for your interest into our company and for visiting our  website.  I am sure that you will find that we make a superior product that you will be pleased to  have on your truck. 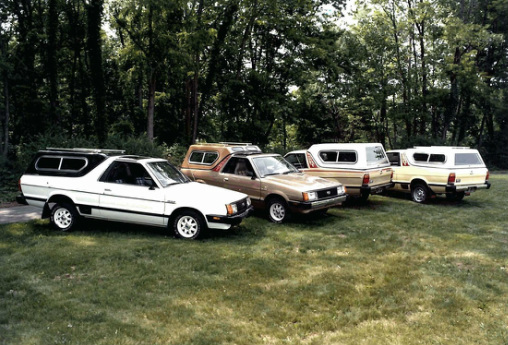